There are many reasons behind why we are so hooked with K-dramas and I want to share these thoughts why TKEM is one of the best in the year 2020.

Let’s start with the PLOT of the story, this drama received not so good impressions at first especially to other viewers because it seemed to be confusing since it dealt with two parallel worlds. The scenes kept changing and swapping to both worlds. If you are not observant enough, you’ll tend to be confused and kept asking yourself “What just happened?”.

In my opinion, the writer intended to do it that way because it was part of the plan, she had that in mind so that viewers will keep watching to find out the whole picture of the story. It is like leaving a “Why?”, “How?” and “What?” in our minds as viewers. The fact that there are many types of viewers such as the one who watches it because it’s highly recommended, the one who watches it because of the protagonists and the one who watches it because of the story itself. Well, TKEM nailed it in every single way. The story elements such as the dilemma, the climax, the setting, the music scoring, the OST, and most of all the conclusion of the whole drama. This drama did not just let you be hooked but it makes you smarter I guess because as I heard from the other viewers, every episode is like solving math problems, conducting a thesis, or analyzing factors like in financial statements. As you can see, that’s how good the writer is to put these in a single piece.

The plot is so full of everything, I can describe it as an IMMACULATE MASTERPIECE. The plot is a combination of drama, fantasy, comedy, suspense, and romance. The combination is like a recipe that has the right amount of ingredients to serve the best menu to its customer. It’s PERFECT!

I will try not to spoil you as I write this review but there are photos that might. 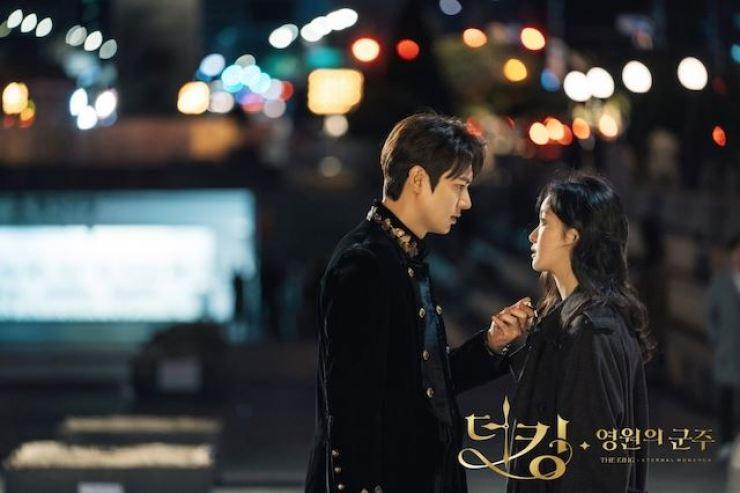 The next one is the CAST. Most of the K-dramas that I have watched, I found that there is a formula in terms of pairing the main characters and I really agree with this formula which gives a lot of chemistry. The super beautiful one and the common beauty, this applies for both male and female leads. (Disclaimer: I do not intend to discriminate in terms looks)

Going back to TKEM, the characters are marvelously played especially for those who have alternate characters in the parallel worlds.

He really nailed it from being serious, formal, elegant and most of all his intelligent role plus the comedic part he played along with his ever-loyal bodyguard. He really pulled it off. When I watched the first episode, I knew he was the one he was looking for. If you will look closely at his body built you will know. I am not directly saying it because it might spoil you. 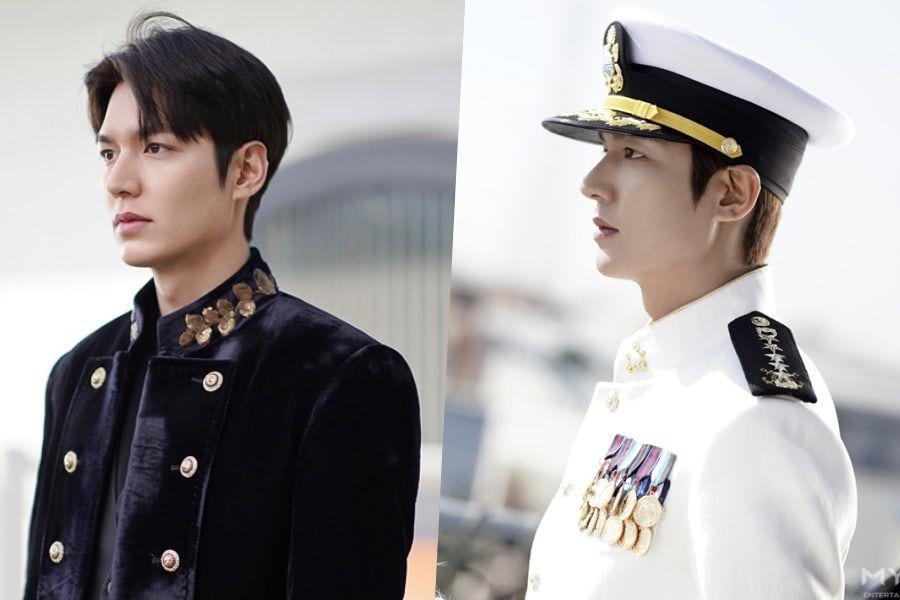 We already know how versatile this actress is and the fact she already played a fantasy role like in Goblin. I guess her asset is her expressive eyes. There was a scene together with her alternate Luna and the facial expression was indeed great from being merciful look to rude look and from being pained to being cool. Lastly, the several characters she played at the end. See it for yourself and it was exceptional. She slayed and nailed it. 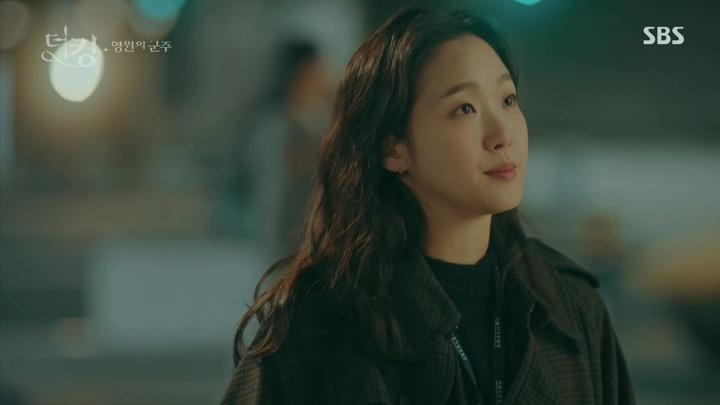 This oppa is now the talk of the town for some reason aside from his coolness. He is known to be the “Unbreakable Sword” for both worlds. The duality of the role he played is noteworthy. Actually, if I were to observed he played four roles. The one from the Kingdom of Corea, the one from the Republic of Korea, the one who pretended as the KOC Captain and the one who pretended as the brother of the twins in ROK. His character showed what loyalty means that he is willing to protect his Majesty even if it costs his life. This man has the charisma from being comedic to a cool guy. The funny to serious type role shifting is indeed excellent and that goes as well to the editing team.

ALSO READ:  An easy guide to "The King: Eternal Monarch" 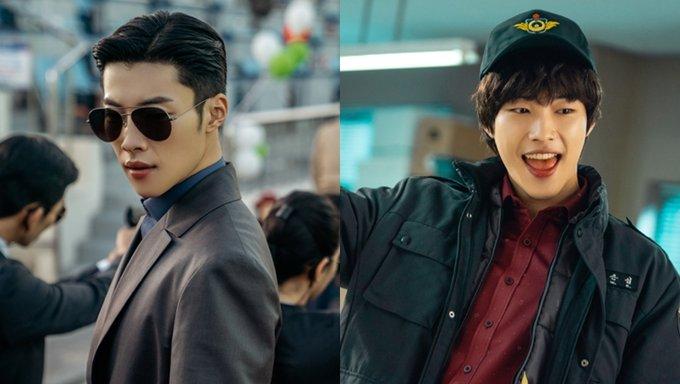 This lady is not so common to be seen like Song Hye Kyo, Ha Ji Won, and Choi Ji Woo but if you look at her, her beauty is at par with the actresses I have mentioned. Now, if we are to talk about her character in this drama. She symbolizes the epitome of women who can be a leader. It is because we know that East Asian Culture values men more than women. Actually, I did ship for Lee Gon and PM Koo somehow in the series. What is excellent about her acting was the time when she asked her mom about the thing for dinner and she was shocked about the answer. Her acting gives so much chills to the viewers. The scene also became a meme.

Fun fact, she is the waitress in Pasta in episode 2. 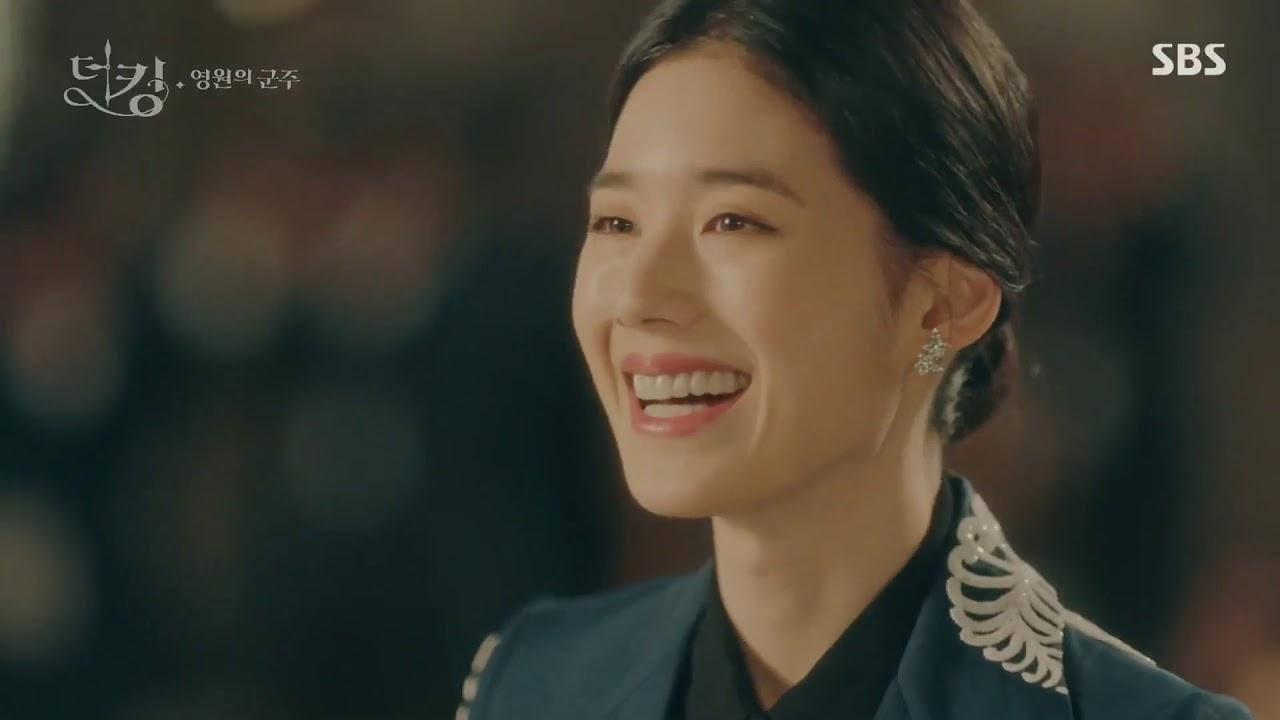 This ahjussi (mister) has been seen in a lot of K-drama series but I think the role he played in this drama gave substance more to the storyline. He is the antagonist that we really cannot super hate. I guess the antagonist role he played here was the mysterious type and get ready to unveil more of his secrets in this story. His role is not so evil or morbid and it was merely antagonistic. Indeed, he is a great actor. 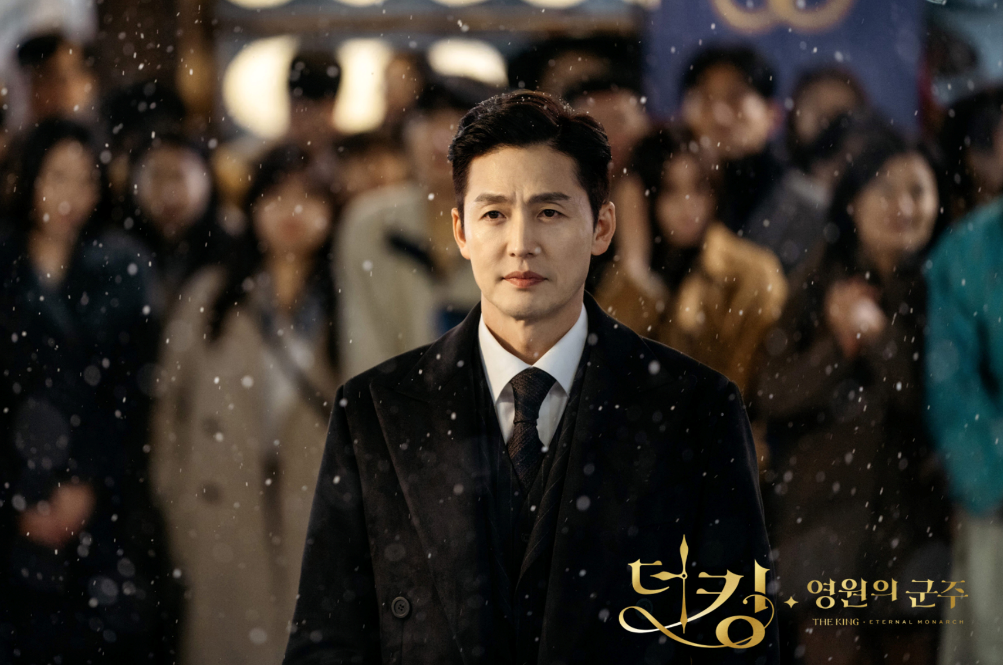 These people may seem to have small roles and less appearance but they played a very important part of the story without them, viewers will be clueless. For me, these four people represent the “Four Tiger Sword”. As mentioned, the four-tiger sword is legendary and these people have legends in the story. Clue, one is a deity, one is a prince with treacherous son and two aliens from both worlds one from ROK and KOC.

Fun fact, the yoyo boy is a girl in real life and Lady Noh is the head maid in Boys Over Flowers with Lee Min Ho.

Well, TKEM nailed it one more time in terms of cinematography, everything is perfect. The lightning, the focus, the highlight, and all. This art was indeed immeasurable and exceptional. From painful to epic scenes. 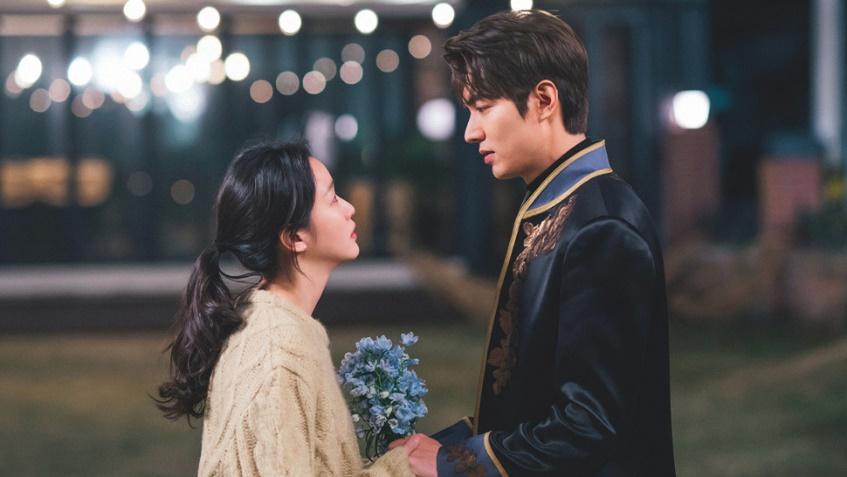 This photo is SO PAINFUL

This photo is SHOCKING 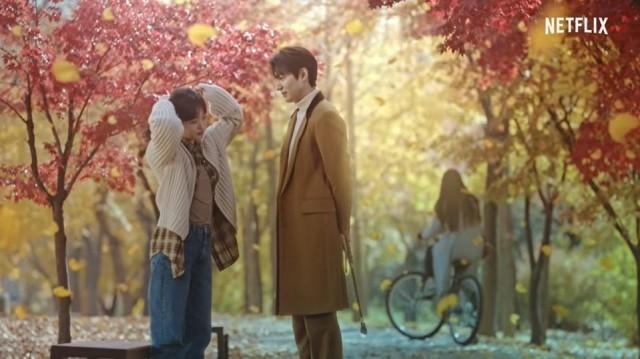 This photo is HEART-FLUTTERING 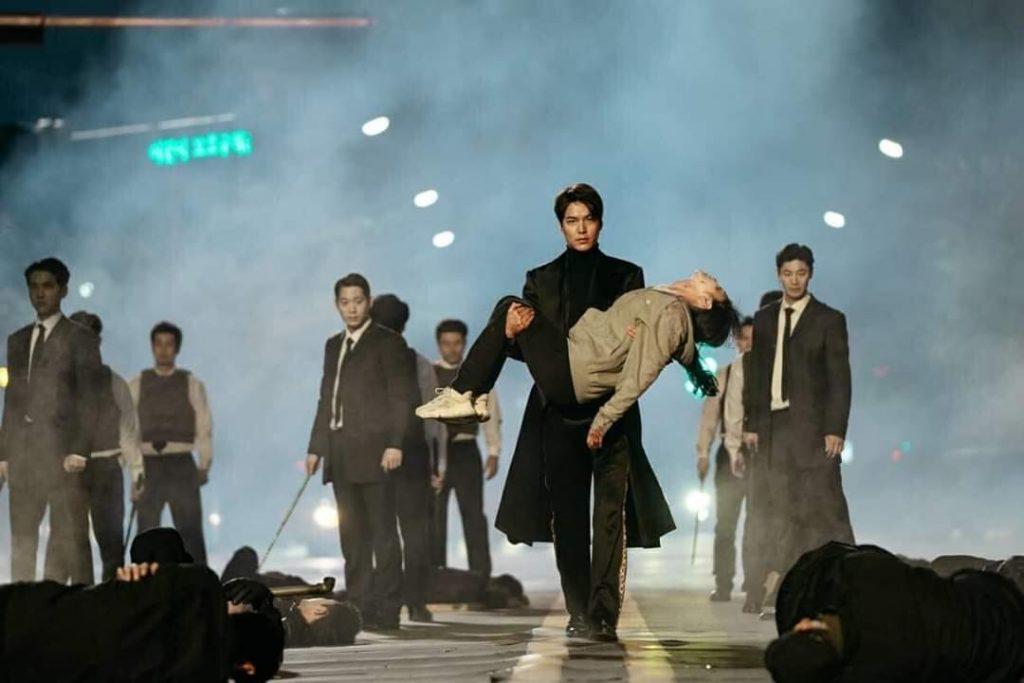 This photo is EPIC!!!

The concluding episode of TKEM is the so-called most satisfying ending in all k-drama series. I agree with that premise. Let me break it down. We all know that most episodes either 16 or 20-episode series, the last episode is mostly a throwback or recap of highlight scenes from the first episode to its second to the last episode. But let me tell you that TKEM did a great job on this one. The questions that brought a lot of theories to its viewers have been answered. Unexpected character changes upon conclusion. Closure for subplots and most of all satisfying journey with heart-warming narration by Lee Min Ho, “Love Tirelessly Forever” that line breaks every cell in your body because of the emotions delivered by Lee Min Ho. The last episode gave us EXCITEMENT, FRUSTRATION in a good way, MIND-BLOWING SCENES, EPIC, and most of all HAPPINESS. 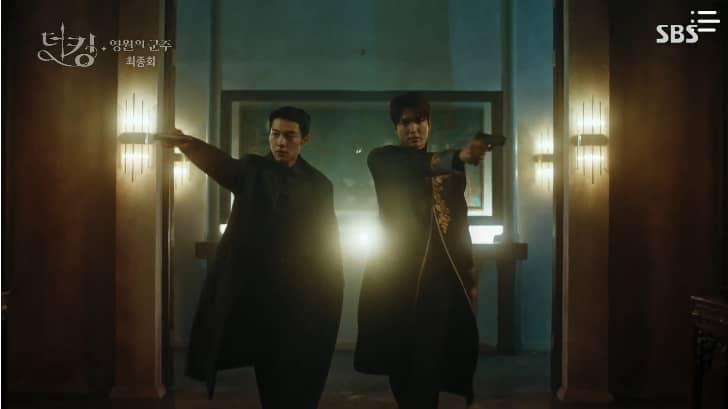 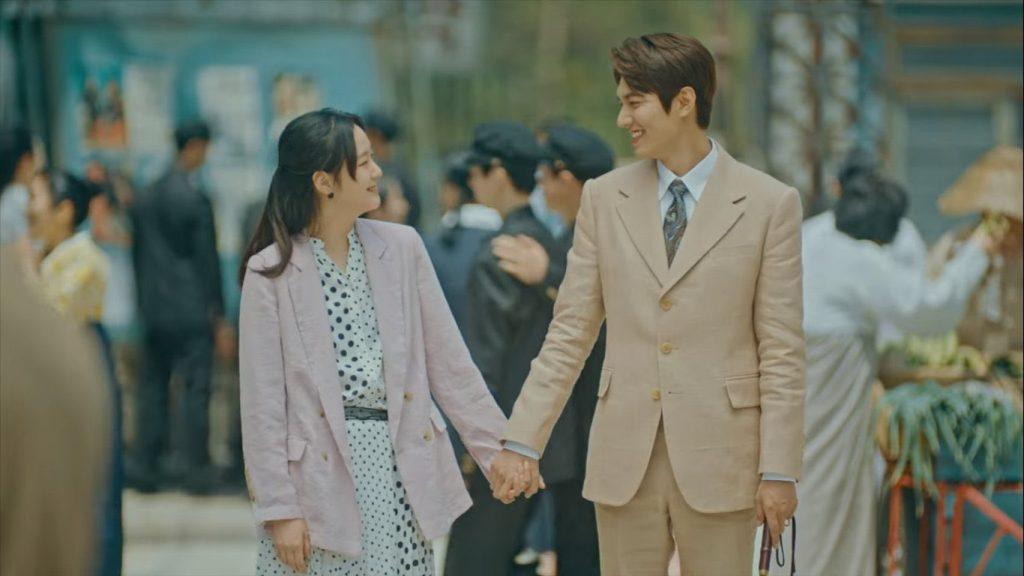 To conclude this review, I will rate it overall as 10/10 and recommend you watch it and you must prepare yourself physically, emotionally, and cerebrally.