Fans are currently getting hooked by the charm of this Oppa. Seo Kang Joon’s “The Last Charm” Live in Manila is just around the corner!

Seo Kang Joon will soon visit the Philippines on May 25,2019 (weeks more to go!yay!) 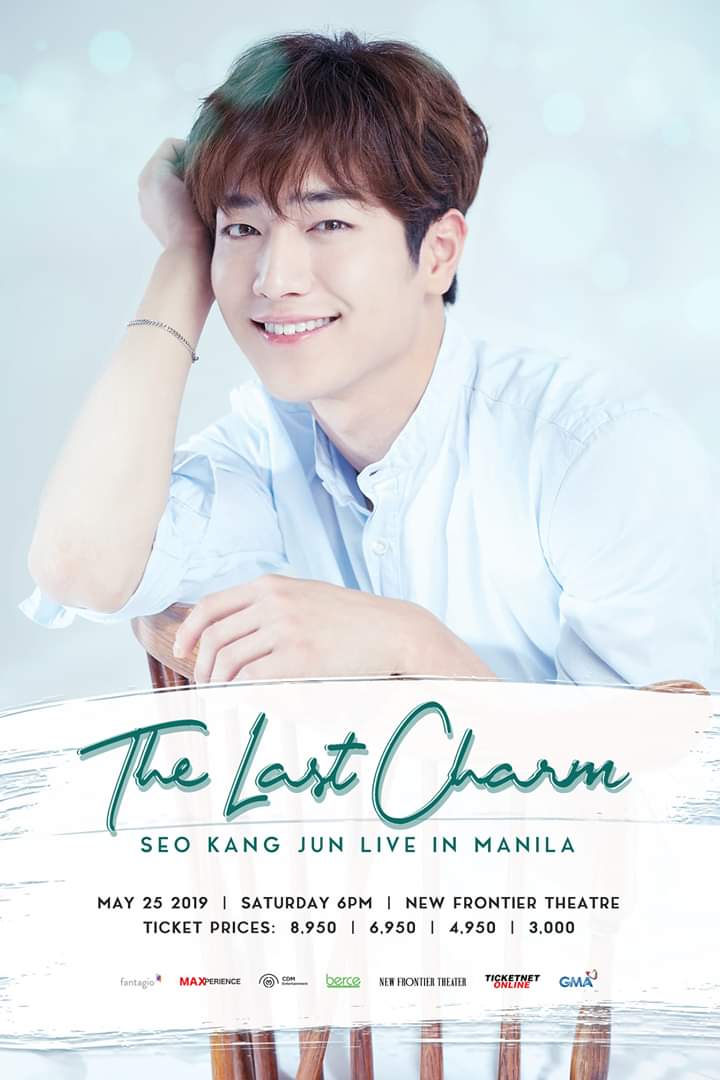 Seo Kang Joon, born Lee Seung-hwan on October 12, 1993, is a South Korean actor and singer who is a member of the group 5URPRISE (pronounce as Surprise).

He started to gain popularity as second lead in the drama Cheese in the Trap (2016) and has since starred in Entourage (2016), Are You Human? (2018) where he played as a human and Android. He recently appeared in the drama The Third Charm which ended last November 17, 2018.

Seo Kang Joon is also known with his hazel brown eyes which captivates every fangirls heart, including yours truly.

Be sure to catch him and get your tickets on Ticketnet outlets or http://bit.ly/SKJManilaTickets.

You may also want to binge watch his previous dramas while waiting for him on May 25th. See you there!

This event is brought to us by CDM Entertainment and Maxperience Entertainment. In partnership with Fantagio Group.