Following the trend of Android/ Robots in Kdrama world, this Korean drama “Are You Human” garnered the attention of k-drama fans.

Are You Human? is a 2018 South Korean Kdrama starred by Seo Kang Joon and Gong Seung Yeon. This tells a story of a scientist mother who part ways with his son. In order to fill her loneliness, she develops three various Artificial Intelligence (AI) robots. And named them after her son Nam Shin. Nam Shin I, Nam Shin II and Nam Shin III. 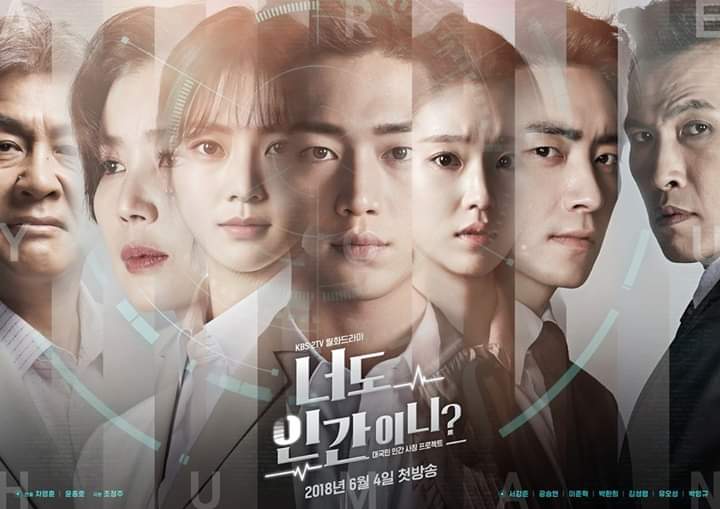 Are you a human is a very interesting Kdrama. If you’re not aware, here are some reasons you should watch this trending robot Nam Shin in Kdrama world.

ALSO READ:  Heart Thief in Manila: Seo Kang Jun shows off his Charming Side in his Press Conference; Invites Fan for his Fan Meeting Tomorrow

1. Interesting plot of the story

This is what we love in Kdrama. We always looked for that catchy story. Wherein you should ask yourself. How did it happen? Why? Surely, you would ask what if human Nam Shin wakes up? What will be his reaction when he sees robot Nam Shin which really looks like him. So much questions to ask for.

Off course motherly love is everything. No love can ever compare for the love of our parents, most specially our mother. If you already watched this. You can fully understand where I’m coming from.

These two were called by many fans as TinCan couple and brown eyes couple. Brown eyes couple simply because their eyes are naturally hazel brown bes! This also urge me to get a hazel brown contact lens! (Superfan ang peg). In addition to that is Seo Kang Joon’s visual and Gong Seung Yeon’s appeal. Their acting is superb. Most specially Seo Kang Joon since he portrayed two different characters on the same time. You will hate human Nam Shin here and you will love the robot one. Oops spoiler alert! Not realizing that it is only one person who actually act those characters. Daebak!(awesome)

The drama’s OSTs gave a smooth feeling while you watch. My favorite is “Milagro” (OST used by GMA Network) and “Love” by Lyn and Hanhae.

In our generation it is no ordinary to see that in other countries. Robots are already invented. Yet it’s not perfect as robot Nam Shin (waaa wish ko lang) still it’s already on the process. We can’t tell if in the next generation. May human Nam Shin na. Lol

Well that’s all for Are You Human? review. If you love science fiction with a twist of romance, this Kdrama is for you.

Meanwhile Catch Seo Kang Joon on May 25 for his upcoming fanmeeting here in Manila entitled The Last Charm. Tickets are still available at TicketNet outlets.